Are you interested in applying for one of Springs’ Training Courses? Our current Elevate Dance Company student, Minttu, shares her experience on tour so far.

The first half of touring as Elevate Dance Company has gone by faster than we dare to think. If we actually stopped to think about it, we’d realize that the second half will go even faster and that means the end of Elevate 2018! Hence, we don’t.

We started our tour with just one performance and workshop in Scarborough at ECG Conference before having a two week Easter Break. The two days that were spent travelling, teaching, performing and then travelling again seemed to consist of at least four days as they were so packed with different activities. It was also the first time driving on the left side for both of our drivers, Jessy and Minttu – so one might say that as we started our Easter break we certainly felt like we needed it!

After the break we set off for a week in Belgium! We spent most of our time in Klaartje’s home town, Leuven, but we also checked out Brugge on our way there and did our last show in Gent. In Leuven we did at least some kind of show every day. We got to do two full shows in two different venues, shows in a library, an old people’s home, a youth worship event (Gent) and even on the street! Unfortunately, when we were supposed to dance on the street near Leuven station, it was pouring and so we had to move our venue under a shelter.  Funnily enough, our speaker then didn’t want to co-operate and so we ended up singing while dancing one of our pieces, Rejoice.  It was all hilarious, our tour rep Naomi was very proud of us – but I think we can all agree on ”let’s never do that again”!

In Belgium we were welcomed by a Catholic community, and so on May 1st we got to take part in the celebrations of dedicating the month to Virgin Mary.  We started the day by doing an 8km walk through the woods, then dancing within the mass and finishing the day in a procession through the beautiful scenery of forest and lakes.

Our week in Belgium was incredible, our hosts took such good care of us and we even had time to see some of the main attractions on our last day there. After that we had a well deserved week of resting, rehearsing and planning workshops, and at the end of the week we performed at Atristic Director Ruth’s church, The Bear. We really enjoyed our performance which was set to be part of the service. Our biggest mission on tour is to make an impact, to touch peoples lives, and whenever we receive feedback that we’ve done just that, it really elevates us. One of the best parts of dancing at The Bear was that a teacher of a local school was there and invited us to dance at her school as well.

The next week was full of workshops! We started the week by teaching the dance students at Lizzie’s old school in Brentwood, before continuing on to Norfolk. The week was hosted by Integrate Youth for Christ, so it was mostly about secondary school workshops as well as a couple of youth club workshops. We had such a good time and felt like the youth did as well. It was amazing seeing how the pupils opened up and got bolder in their movement during the workshops. Unfortunately we also had issues with some of our bodies that week, so for our performance in Banham we had to do some adjustements. However, we had a lovely performance and such a great week, thanks to our wonderful hosts and so many others. On our way back to London we stopped by in Cambridge to spend the day as tourists with Elevate company member Maria as our guide.

Our next stop was the school performance that got booked last minute at The Bear. The students of Archbishop Tenison’s School were by far our biggest audience and a good one as well! In our Q&A section at the end of the performance these year 7 and 8 pupils had some really good questions. We were so happy to be there. The next day we drove to South Gillingham for our last leg of the first part of the tour. There we spent a day teaching primary school workshops and then performed our full show for such a welcoming audience. On Sunday we took part in a Trinity service, performing a piece that was specifically created for this occasion as well as our piece Two Blind Men.

The feedback we’ve gotten so far has been incredible, and so imporant to us as we start the second half of our tour. It means so much to us to know that we’ve managed to touch peoples hearts and share the good news. 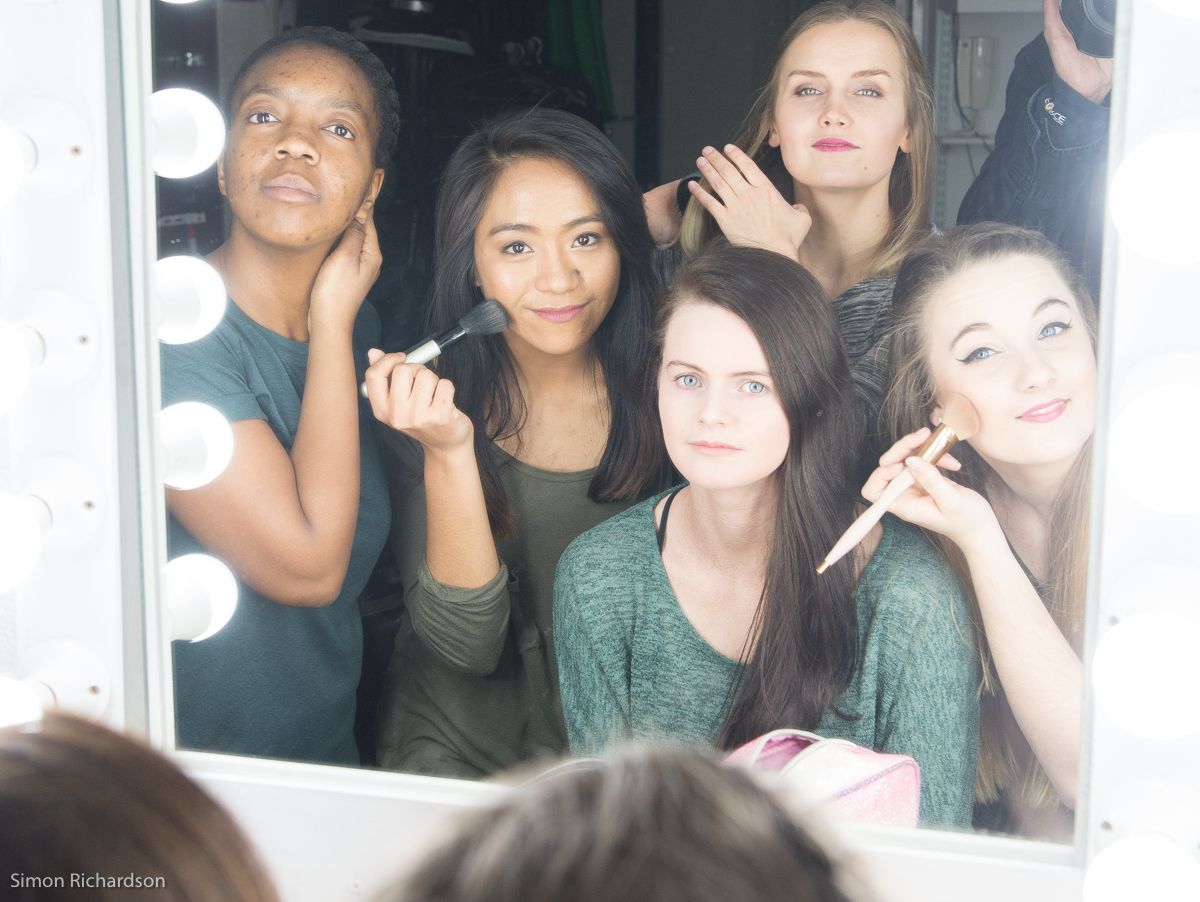 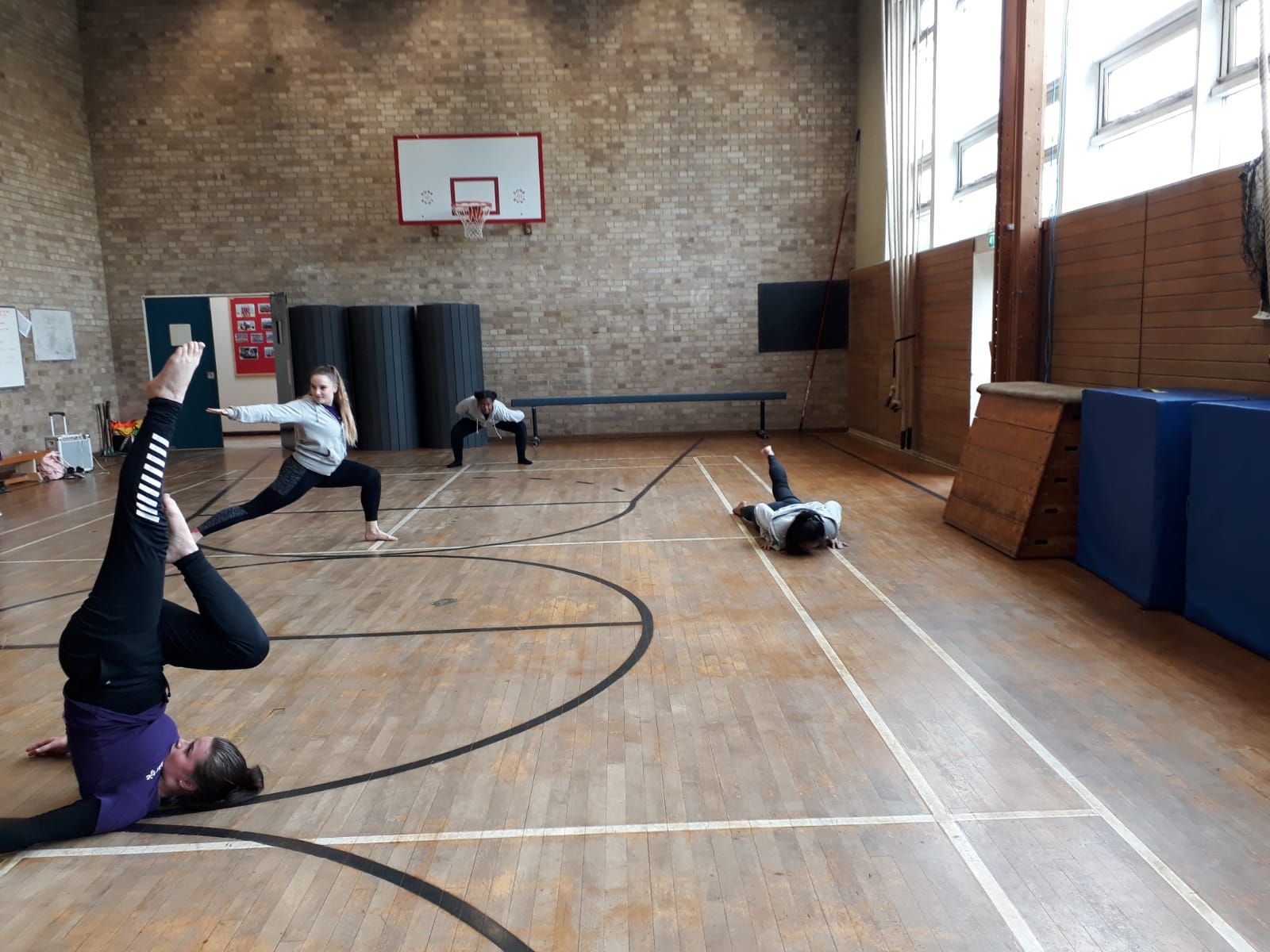 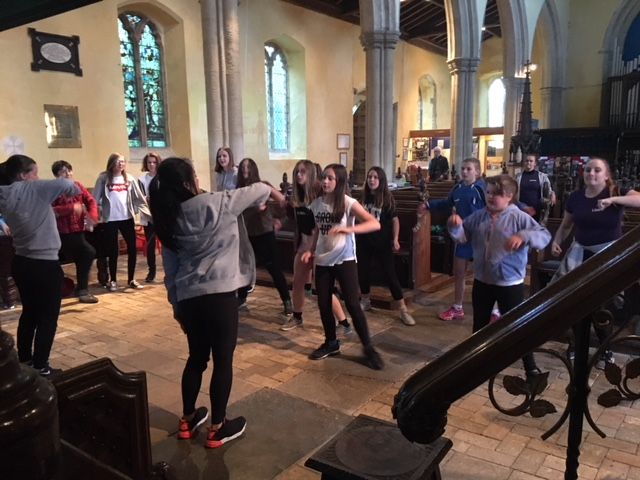 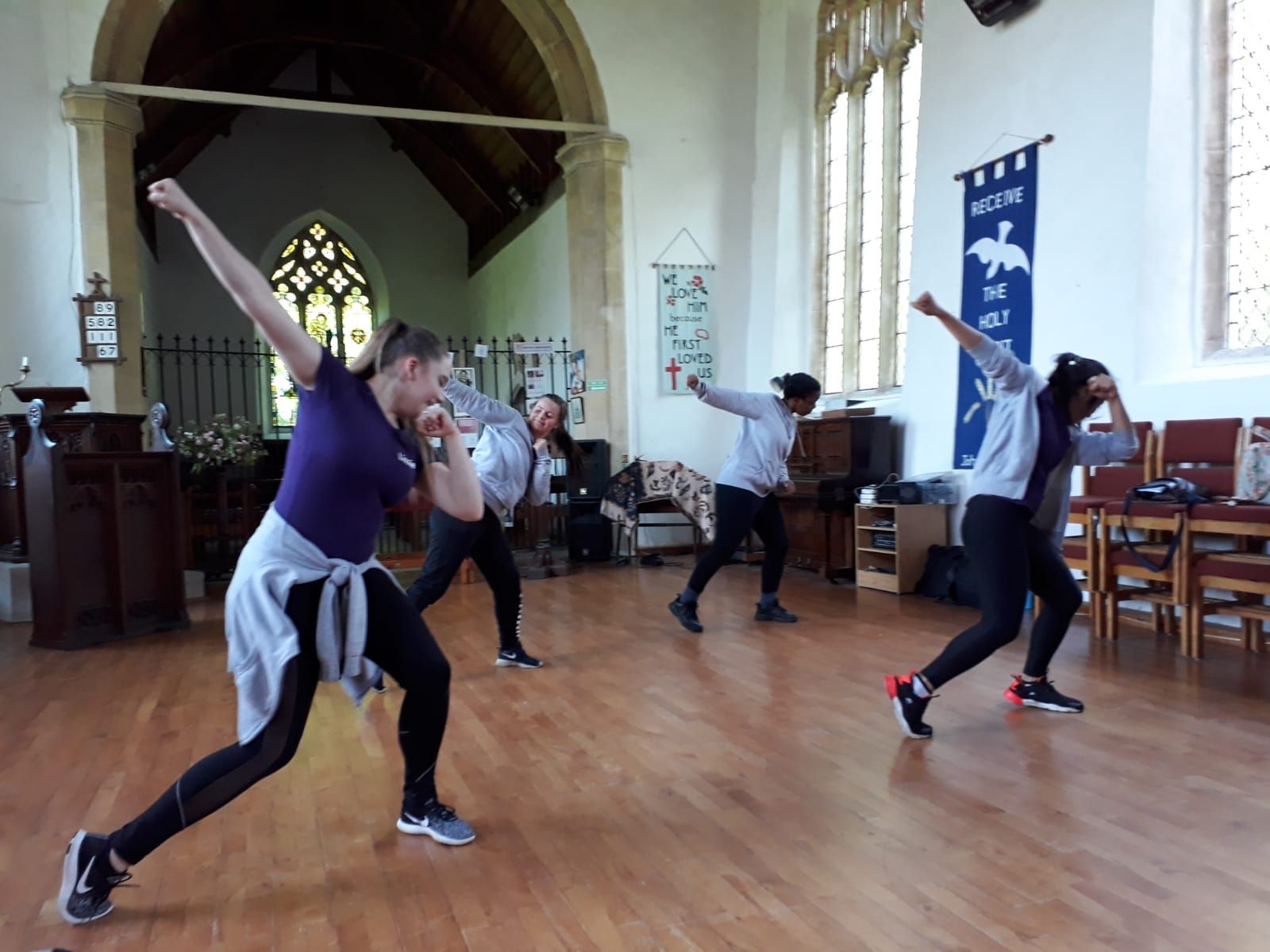 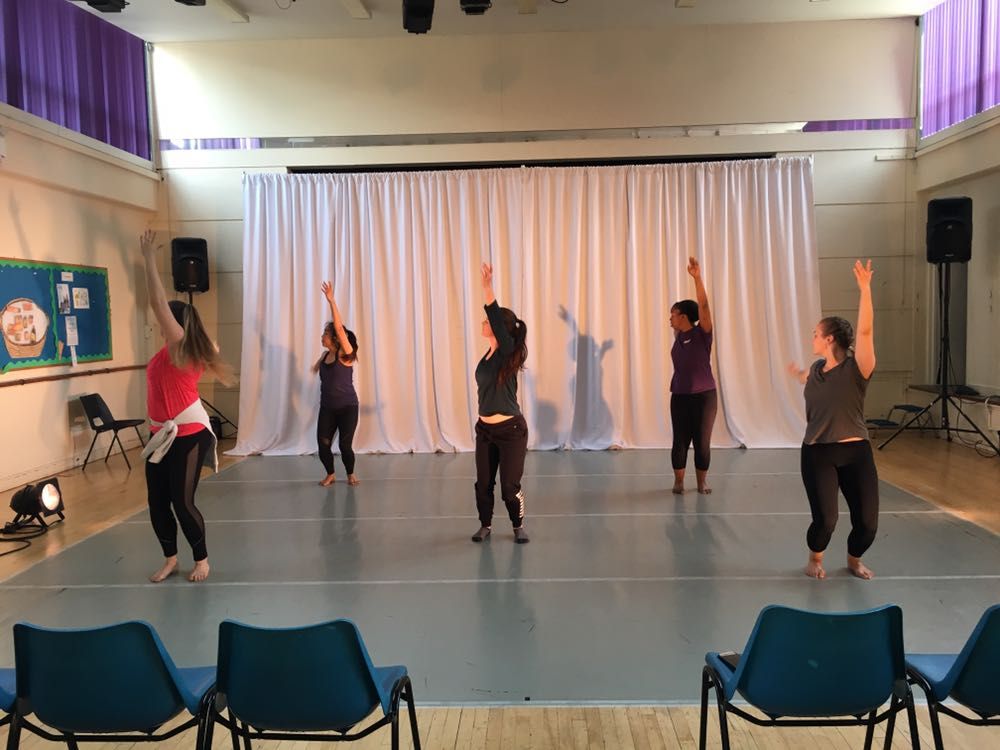 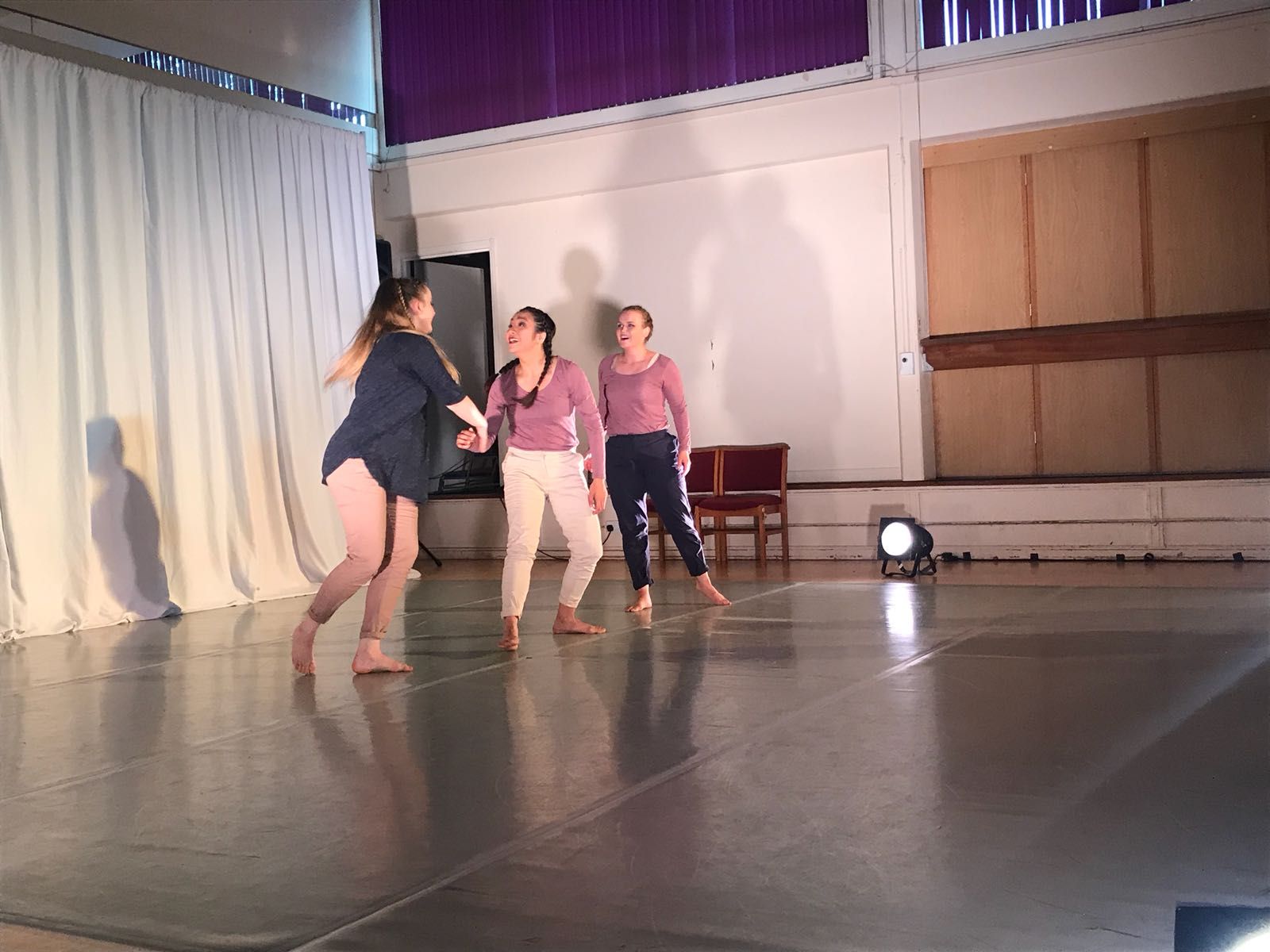